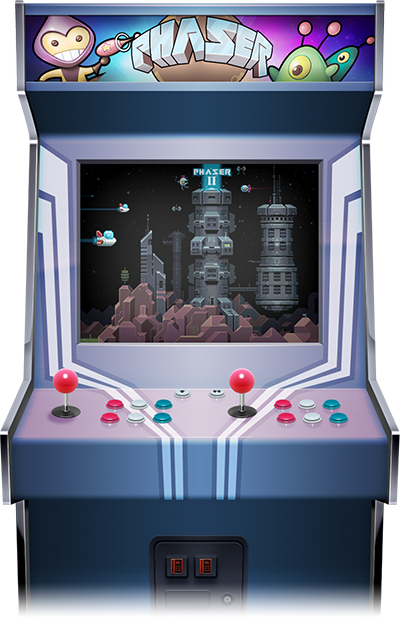 Phaser is a fast, free, and fun open source HTML5 game framework. It uses a custom build of Pixi.js for WebGL and Canvas rendering, and supports desktop and mobile web browsers. Games can be compiled to iOS, Android and native desktop apps via 3rd party tools. You can use JavaScript or TypeScript for development.

Along with the fantastic open source community, Phaser is actively developed and maintained by Photon Storm. As a result of rapid support, and a developer friendly API, Phaser is currently one of the most starred game frameworks on GitHub.

Thousands of developers worldwide use Phaser. From indies and multi-national digital agencies, to schools and Universities. Each creating their own incredible games.

Be awesome: Support the future of Phaser

Grab the source and join in the fun! 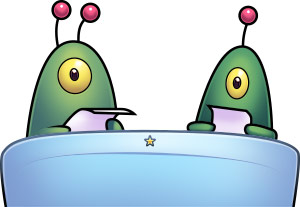 Summer is nearly over, the nights are drawing in, and the Phaser releases continue. After enjoying a short break in August, we're back with Phaser 2.6.2. This is mostly a maintenance release, with a lot of attention paid to clearing bugs, and improving features. There's also some significant updates to our fork of Pixi, setting the scene for the next iteration of Phaser.

With 2.6.2 out, we'll now turn our attention to merging in all of the renderer updates we've built over the past few months. They are going to form the basis of the Phaser 3.0 release. The bump in version number due to the dramatic internal changes we're making. Follow our progress in the Phaser World newsletter for details. It's going to be an exciting September for sure :)

As always, keep you eyes on the Phaser web site, and subscribe to our weekly newsletter. You can also follow me on Twitter or chat to me in the Phaser Slack channel.

There are also now more ways than before to help support the development of Phaser. The uptake so far has been fantastic, but this is an on-going mission. Thank you to everyone who supports our development. Who shares our belief in the future of HTML5 gaming, and Phasers role in that.

Happy coding everyone! See you on the forums.

Developing Phaser takes a lot of time, effort, and money. There are monthly running costs; such as the forum and site, which we maintain 100% ad-free. As well as countless hours of development time, community support, and assistance resolving issues. We do this out of our love for Phaser of course, but at the end of the day there are real tangible costs involved.

If you have found Phaser useful in your development life. Or have made income as a result of using it, and are in a position to support us financially, without causing any detriment to yourself, then please do. There are a number of ways:

It all helps cover our running costs, and genuinely contributes towards future development.

If you would like to sponsor Phaser then please get in touch. We have sponsorship options available on our GitHub repo, web site, and newsletter. All of which receive tens of thousands of eyeballs per day. 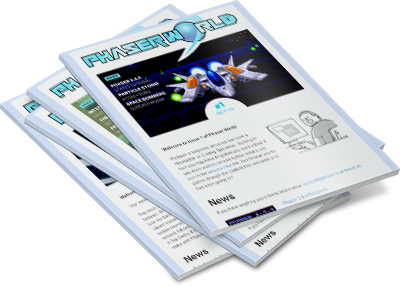 Every Friday we publish the Phaser World newsletter. It's packed full of the latest Phaser games, tutorials, videos, meet-ups, talks, and more. It also contains our weekly Development Progress updates.

Previous editions can found on our Back Issues page.

Phaser is hosted on Github. There are a number of ways to download it:

jsDelivr is a "super-fast CDN for developers". Include the following in your html:

or the minified version:

cdnjs.com also offers a free CDN service. They have all versions of Phaser and even the custom builds:

If you'd like to try coding in Phaser right now, with nothing more than your web browser, then head over to the Phaser Sandbox. You'll find Quick Start templates, and a user-friendly editor filled with handy code-completion features.

Phaser is released under the MIT License. 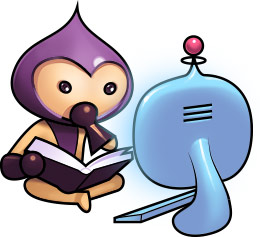 Our Getting Started Guide will get you up to speed quickly. From setting up a web server, to picking an IDE. After which read our Making your first Game tutorial. Please work through this, no matter what your development experience, to learn how Phaser approaches things.

The single biggest Phaser resource is the Phaser web site. You'll find hundreds of tutorials, with new ones added every week. Subscribe to the Phaser World newsletter for a weekly links round-up.

Using TypeScript? Game From Scratch has a great series of tutorials covering that.

Ever since we started Phaser we've been growing and expanding our extensive set of examples. Currently there are over 700 of them, with the full source code and assets available.

Browse the Phaser Examples, or clone the examples repo, and eat your heart out! 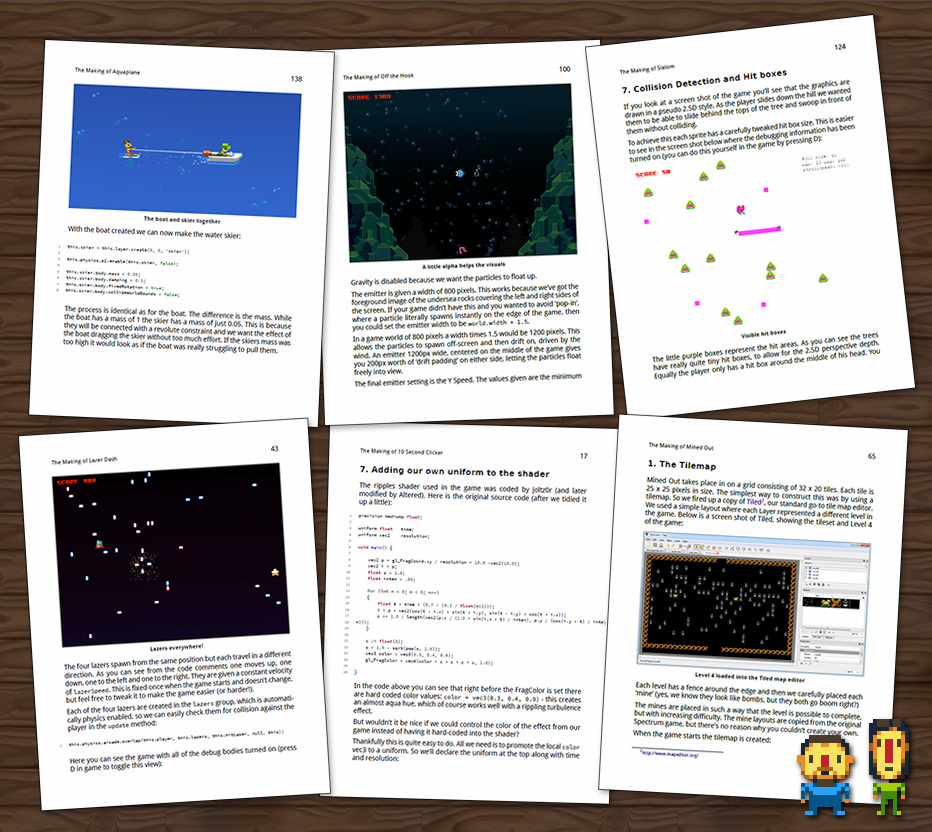 Interphase is a programming book for Phaser developers of all skill levels.

With 400 pages of content you'll find detailed articles, game development "Making Of" guides and tutorials. All were written using the latest version of Phaser, so you won't be learning any out-dated tricks.

As well as the book you get all the source code, graphics and assets to go with it, and lots of extras too.

The Game Mechanic Explorer is a great interactive way to learn how to develop specific game mechanics in Phaser. Well worth exploring once you've got your dev environment set-up.

MightyEditor is a browser-based visual Phaser game editor. Create your maps with ease, position objects and share them in seconds. It also exports to native Phaser code. Excellent for quickly setting-up levels and scenes.

Phaser is provided ready compiled in the build folder of the repository. There are both plain and minified versions. The plain version is for use during development, and the minified version for production. You can also create your own builds.

Phaser includes a grunt based build system, which allows you to strip out features you may not require, saving hundreds of KB in the process. Don't use any Sound in your game? Then exclude the entire sound system. Don't need Keyboard support? That can be excluded too.

As a result of this work the minimum build size of Phaser is now just 80KB minified and gzipped.

See the Creating a Custom Phaser Build tutorial for details.

Phaser was never written to be modular. Everything exists under one single global namespace, and you cannot require selected parts of it into your builds. It expects 3 global vars to exist in order to work properly: Phaser, PIXI and p2. The following is one way of doing this:

If you build a custom version of Phaser it will split the 3 core libs out into their own files, allowing you to require them as above.

We appreciate this is just a band-aid, and not a proper use of modules, but please understand it was never built to be used this way. You're trying to fit a square peg in a round browserify-shaped hole, so compromises have to be made. Please don't open GitHub issues about it as we've no intention of changing Phaser at this stage of its life. Full module based development is being undertaken in Lazer, the next iteration of the Phaser framework.

Starting from Phaser 2.4.5 we now include a custom build for Webpack.

You need to add p2 as a dependency.

Should you wish to build Phaser from source you can take advantage of the provided Grunt scripts. Ensure you have the required packages by running npm install first.

Run grunt to perform a default build to the dist folder.

Thousands of games have been made in Phaser. From game jam entries, to titles by some of the largest entertainment brands in the world. Here is a tiny sample. You can find hundreds more on our web site. 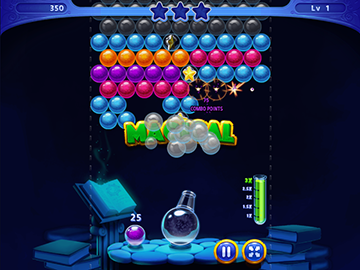 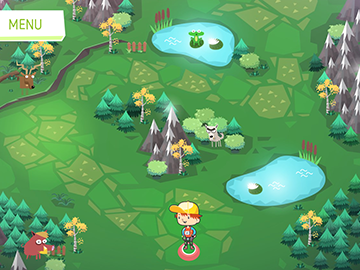 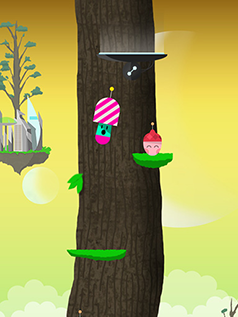 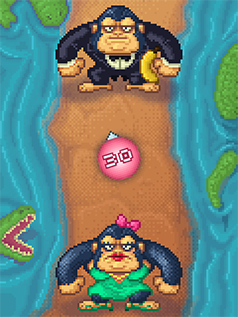 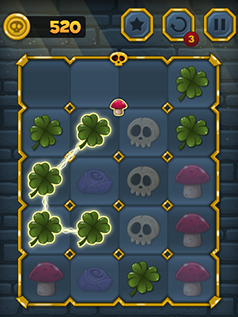 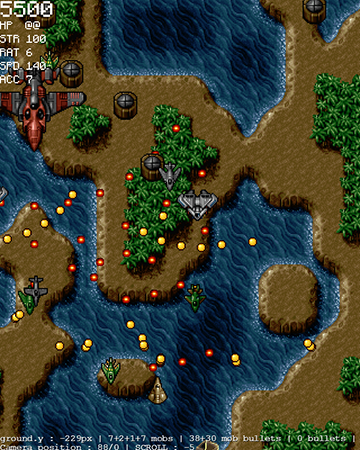 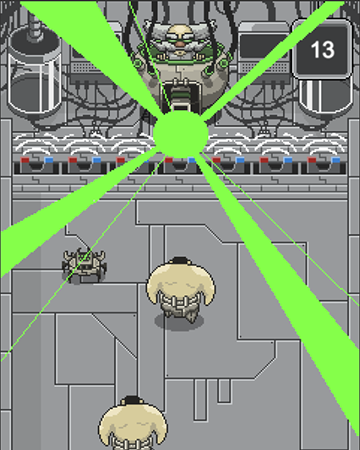 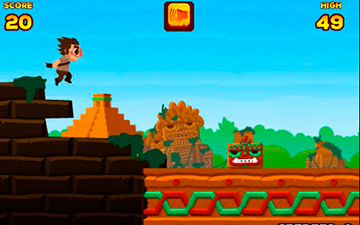 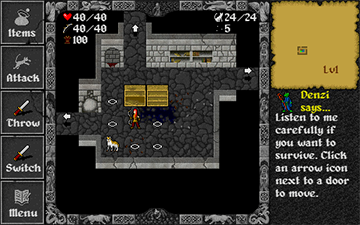 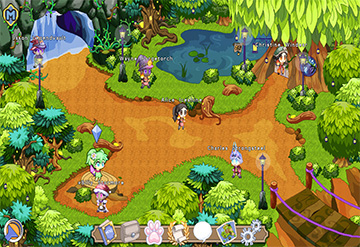 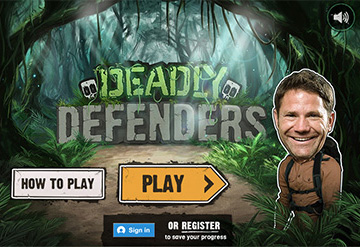 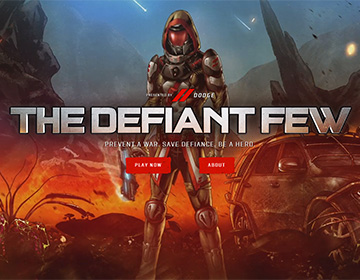 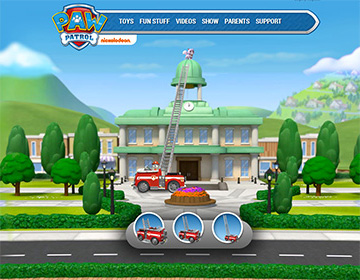 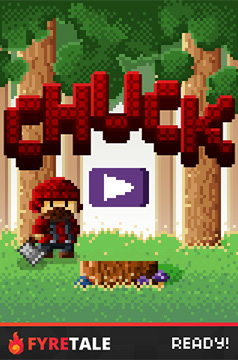 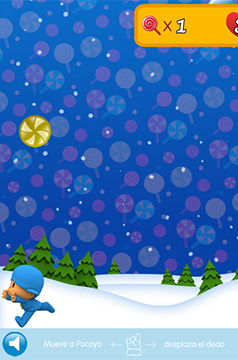 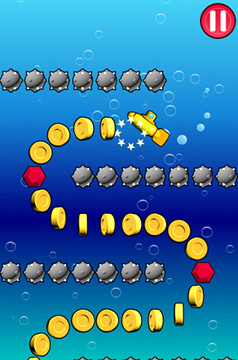 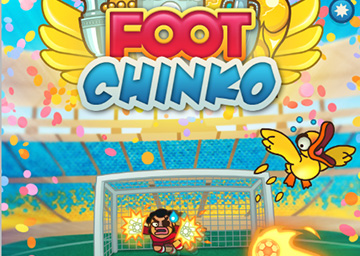 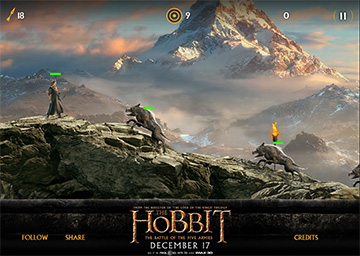 We add new games to the Phaser site weekly, so be sure to send us yours when it's finished!

Phaser requires a web browser that supports the canvas tag. This includes Internet Explorer 9+, Firefox, Chrome, Safari and Opera on desktop. iOS Safari, Android Browser and Chrome for Android are supported on mobile.

While Phaser does its best to ensure a consistent cross-platform experience, always be aware of browser and device limitations. This is especially important with memory and GPU limitations on mobile, and legacy browser HTML5 compatibility.

If you need to support IE9 / Android 2.x and use P2 physics, then you must use the polyfill in the resources/IE9 Polyfill folder. If you don't use P2 (or don't care about IE9!) you can skip this.

Phaser is developed in ES5 JavaScript. We've made no assumptions about how you like to code, and were careful not to impose a strict structure upon you. You won't find Phaser split into modules, requiring a build step, or making you use a class / inheritance OOP approach. That doesn't mean you can't do so, it just means we don't force you to. It's your choice.

If you code with TypeScript there are comprehensive definition files in the typescript folder. They are for TypeScript 1.4+.

The majority of Phaser development is now taking place within the Lazer project. Lazer is the name for Phaser version 3. The Phaser 2 branch will still be supported, and issues fixed, but most roadmap features have been migrated over.

Lazer is the next generation of the Phaser game framework, and was previously called Phaser 3. Using a completely ES6 base it is renderer agnostic, allowing for DOM, SVG, Canvas and WebGL rendering, across desktop and mobile web browsers.

Lazer is in active development, but is not yet ready for production use.

You can read all about the philosophy behind Lazer here or join the Google Group mailing list where progress reports are posted. You can also follow progress in the Phaser World newsletter.

Please note that Phaser uses a custom build of Pixi and always has done. The following changes have been made to our custom build, not to Pixi in general.

As a result this also fixes how empty Groups are treated when they have no other children except Groups. So now calculations are correct.

The Contributors Guide contains full details on how to help with Phaser development. The main points are:

Written something cool in Phaser? Please tell us about it in the forum, or email support@phaser.io

Phaser is a Photon Storm production.

The Phaser logo and characters are © 2016 Photon Storm Limited.

"Above all, video games are meant to be just one thing: fun. Fun for everyone." - Satoru Iwata